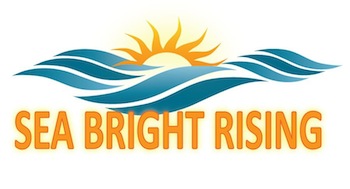 Sea Bright Rising announced that they have reached over 6,000 Likes on Facebook, have assisted 75 families and have distributed approximately $300,000 to New Jersey residents in need.

A video that Charlotte Nagy did for rock band Train’s rendition of John Lennon’s “Imagine” is now on iTunes and all proceeds go to Sea Bright Rising. The Grammy-winning band’s December concert at the Sea Bright Firehouse raised awareness for the nonprofit. You can donate to Sea Bright Rising on their official website.

Sea Bright Rising is a nonprofit organization devoted to the relief of the needy and/or displaced and general recovery of the town of Sea Bright, New Jersey as a result of the devastation created by Hurricane Sandy in the Fall of 2012. Check out Sea Bright Rising on Facebook. Their mailing address is PO Box 6245, Fair Haven, New Jersey 07704