The year was 1947.  Louis H. Monetti, son of Italian immigrants and one of 11 brothers and sisters, now found himself in a familiar place. He was once again confronted with challenge and the prospect of growth.  A change was needed in his life for the betterment of his family. He had the courage to embark on a new venture with his three sons and become the first of what would become three successful generations of true custom home builders.

Louis H. Monetti was born in West Orange, New Jersey on June 7 1901.  Louis was not interested in school and in fact only went as far as the 8th grade.  He was, however, a very hard worker and was shining shoes at age 9.  Louis worked in his father’s barber shop cutting hair but learned early on that this would not be his trade for life.  He dreamed of a better place.  At 21 years old Louis quickly obtained his Real Estate license. In January 1927, he married Mae D’Amelio and the young couple wasted no time starting a family with the birth of their 1st son, Lewis, in October 1927. 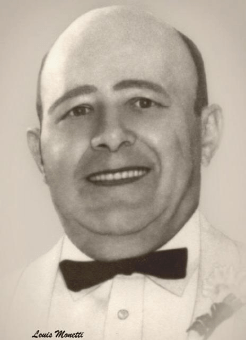 Throughout the Great Depression Lou never went hungry and always managed to make a living for his growing family.  His second son, Donald, was born in September of 1930. Realizing people had basic needs, it was now his time to capitalize on his incredible discipline and talent of managing the money he had saved for so many years.  When so many people had no money, Lou was buying cars, repairing them and selling them for profits.  He established a reputation for doing honest business with a “handshake” and had core values of honor and decency. He made many friends and was trusted by all who knew him.

In 1942, Louis was now the owner of his own home and a multi-family income property in Newark.  He was the head of the Brewster Aeronautical Finishing Department,  also in Newark, and the father of three boys. Working 15 hours a day, he still managed to have dinner with his family every night. In 1945, after WWII ended, Lou invested $50,000.00 and became a 50% partner in Arthur Jones Trucking in Elizabeth.  The long hours and distance he had to travel daily compromised his family life, though, and he sold off his position in 1947.

In August of 1948 Louis now saw the opportunity for his son’s future. He didn’t want his boys working the seven days necessary in the used car business as he felt this was too much time away from family life. His sons Lewis, 20, and Don, 17, were eager and talented young men in 1948.  Louis conferred with his two sons about his idea of building a custom home.  Lewis had great hands, Don was talented in design and who could argue with “Pop’s” real estate savvy? Lou wasted no time and purchased (3) 50’x 100′ lots in Union for $2,700.00. The company of Louis H. Monetti & Sons was born in 1948. Louis hired a talented friend and carpenter named Mike Brodowski to teach his sons Lew and Don how to construct a new home literally from the ground up.  The trio of Mike, Lew and Don began the foundation of the company in August 1948 and after performing every task of home construction with the exception of the electric, plumbing and plastering, finished this first “Monetti” home by December of that same year.  The custom home was a 3 bedroom, 1-1/2 bath, balloon framed, 2-story colonial that still stands today.

242 Elmwood Avenue, Union, NJ would become the first of hundreds of “Monetti-Built” homes.

Interestingly, while meeting with a potential buyer for the Elmwood Avenue house at his own home office, Louis’ client actually loved the home where Louis and his family lived.  Seizing the opportunity and demonstrating his great flexibility, Louis sold the man his home and Louis, Mae, Lew, Don and then 11-year old Robert moved into what would become their new home for the next 10 years.

Louis and his sons learned fast and earned great success immediately building custom homes. Louis always reinvested profits in the company and was constantly searching out and buying undervalued land.  A lot here, 5 lots there and things blossomed.  It was now the early 1950s and then young brother Robert, 13, expressed an interest in the action of the jobsite on weekends and summers.  Learning from the ground up performing as a hard working laborer, Robert’s arrival on the scene made the possibility of a three son future partnership obvious.

In 1956, Robert graduated Union High School and went to work with his father and brothers full time.  Louis H. Monetti & Sons Builders was now complete.  Sadly, Louis H. Monetti lost a 2 year courageous battle with Cancer on October 29, 1961 and was only able to witness 5 short years of the great legacy he created. 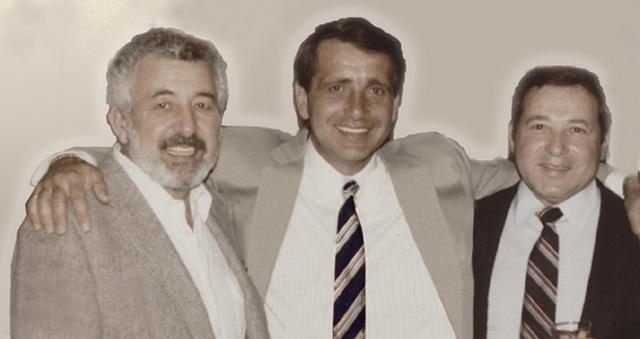 Lewis, Donald and Robert continued their father’s tradition; not only of producing the finest custom homes, but also of stressing integrity, core values and good business practice through the early 1980’s.  The three brothers built hundreds of new homes in Union, Mendam, North Caldwell, Springfield, Berkeley Heights, Chatham, Scotch Plains and Watchung.  They also constructed and owned a The Berkeley Cinema movie theater.  They built, owned and managed a 196 unit apartment complex in Irvington, a 7 family apartment in Union, Three (7) family apartments in Hackettstown and built, owned and managed “The Monetti Office Building” which still bears that name on Morris Avenue in Union.

In the late 1970’s after achieving great comfort and success, Lewis, Donald and Robert were challenged with a poor economy spearheaded by a terrible oil crisis.  Lewis was busy managing the 196 Irvington units.  Donald was very active with the NAHB “National Association of Homebuilders” and running “Louis H Monetti & Son’s” then Springfield main office. The two elder brothers were in their 50s and comfortable.

After all, the home builders had been very busy for almost 30 years.

Young brother Robert, then only 39, had a very different agenda.  He saw a saturation of home building in Northern New Jersey and made a bold independent geographical move 60 miles to the south to Tom’s River, Ocean County, in July of 1977.  Robert (Bob) now had his own family;

Like his late grandfather before him, Robert Jr. was not much for schooling and in 1980 found himself in the unenviable position of graduating Toms River High School South without direction.  Bob Sr. hired Robert immediately after High School on a trial basis.  Immediately Bob Sr. saw his son’s talented hand skills and organizational potential.  Robert worked hard that first summer on a 100 year old mansion in Ventnor, New Jersey.  The building education he would learn in that summer would prove to be invaluable to his future.  In time, Robert’s talent and commitment to the work matured as he did.

Bob Sr. saw the opportunity to form what would be yet be another successful and hard working “Monetti Building” partnership ”R.H. Monetti & Son”.  The company flourished and expanded quickly pushing the standards of quality and constantly raising the “bar” of custom home building.  The new company embraced the clientele of the waterfront community building most often either on a lagoon, river, bay, barrier island or on the Atlantic Ocean. In the late 1980s it was clear that Robert Jr. would make building his life and he became the field supervisor for the company while Bob now 50, was managing the now, very busy office. 1987-1991 brought challenging times for the building industry with the stock market crash in October and a local housing bubble that needed to burst. 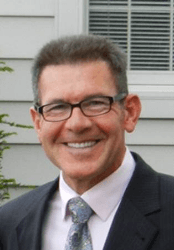 In May, 1993, like his grandfather, uncles, and father before him, Robert, now 32, embarked on his own custom home building and home restoration venture, performing exclusively custom work.  The organizational skills, work ethic, core values, integrity, fine workmanship, and money management skills that Robert had been given were now passed for a fourth time creating the finest homes in New Jersey for three generations.

I would like  to thank: The grandfather I was not lucky enough to meet for a family business name I must live up to, my father for all the right tools he gave me, even when I thought he was wrong, my late Uncle Lewis who was my Godfather and a  trusted friend who encouraged me, my Uncle Donald who always listened, helped me see the positive and gave me work when I had none, my mother for not enlisting me in the army and for passing to me her passion for life, my beautiful daughter Rose who bears the name of my late great aunt and my son Louis, who bears the burden of living up to his Great-grandfather’s full name, Louis Monetti.