Set Your Own Table For Perfection With Immaculate Project Sites! 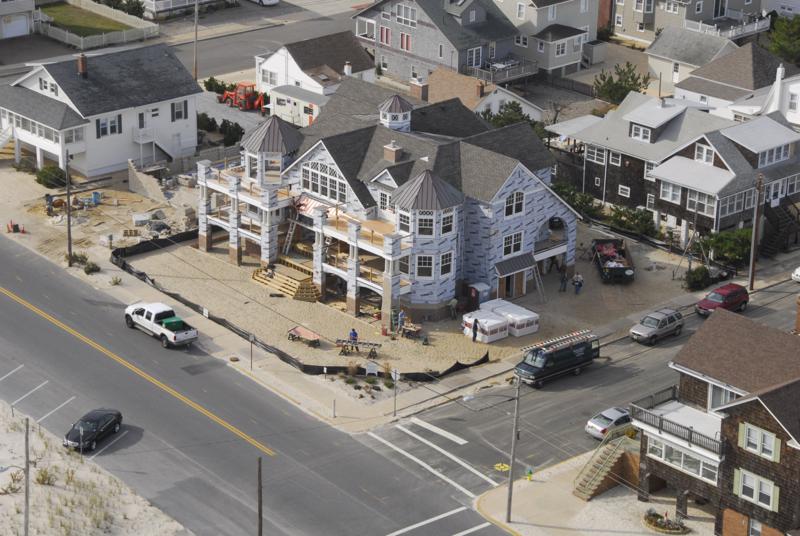 It’s 3:15 on Friday and I’m enjoying my end of the workweek field rounds on a large new custom project…. Men like ants marching…Sawdust everywhere…tiny splatters of caulk on the sub-floor and mud on the front bluestone porch, hoses, cords and lines look like a bowl of linguini…compressors firing away, air-tools ripping, people seemingly walking in circles shouting this and that, and everyone mumbling and cussing…and all that noise, Noise, NOise, NOIse, NOISe, NOISE!!!  It feels more like an A.D.D convention!  It’s a wonder anyone gets anything done!  Sporting clipboard and with a full agenda of changes and selections to review with the project manager, I finish my protein drink (used to be coffee) and quickly look for a place to toss the empty plastic bottle. Surely it won’t get noticed in this casserole of stuff strewn about.

Suddenly I am distracted by a question from a carpenter, and continue to lug around the silly little bottle from my “meal on the go”.  While communing with staff, I inadvertently slip the empty container into my right rear jean pocket. As I field questions with carpenters and my project manager alike, I walk proudly from room to room and am able to see and touch the multitude of details that are coming together perfectly, and that I may have drafted or described in a email message days earlier from the road or office. I couldn’t be prouder of the level of excellence that we have achieved in our craft.

As I finish reviewing flooring transitions in a far off, dormer in some remote area in the half story attic, it becomes apparent that this workweek is coming to a close.  The drone of the mortar mixer ceases. The oscillating air compressors go silent, purging the remaining air in their tanks. The “rap-rap-rap” of the banging hammers are replaced with men, sounding like boys, and debating loudly about whether or not “Eli is finished or not” as our beloved New York Giants QB. The sun becomes lower in the sky. The constant “pft-pft-pft” of multiple nail guns is replaced with slightly louder music as the men close up shop for the week and wrap up their cords and hoses. There is an unspoken feeling of satisfaction and contentment that permeates the entire composition.

While finishing up my final thoughts in this far off eave of the home with two of these craftsmen, and completely visually oblivious to the aforementioned week-ending shut-down, the growing quiet tells us all that it is now not late Friday but rather early weekend.  I realized it was growing late as periodically, a few of the mechanical contractors would pop their heads into our moving workspace and briefly reviewed plans for resumption of work on Monday morning. It was time to wrap things up and get on with the business of returning to the human race…we have been reviewing and closing through after 6pm.

As I leave this far off land in the furthest archipelago in the house, and walk through hallways and then larger common rooms, stairwells, living areas and finally to the main foyer some 9,000 square feet behind me, I am struck by the incredible transformation that had just occurred throughout the entire home while we were off in our outer limits of the shelter…for the last hour and a half, the men had all taken part in the weekly ritual of reconstituting order and cleanliness, to the entire project.  From the bowels of the mechanical room in the basement to the edges of the soffit scaffolding and at every visible yard of the grounds, there was not a 2×4 that wasn’t stacked, a foam cup that was not in a garbage can, a cord or hose not wrapped in its perfect hanging oval, or any pile of dusty evidence of the battle that seemed to be occurring just a short time before…. everything was perfect.  The only annoyance is the empty plastic bottle now sticking me in the back and which I am about to lose permanently.  I drop my clipboard, grab the bottle to toss away and….