AIA CEO Wants Architects To Speak Up, Speak Out 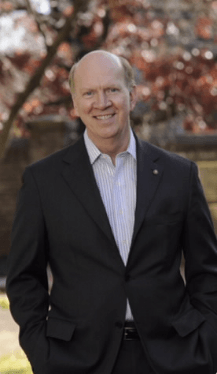 Robert Ivy, CEO/EVP of the American Institute of Architects (AIA), recently published an article about the need for architects to be more outspoken and directly communicative with the public.

Ivy believes that it is counterproductive for architects to let critics (such as the treasured Ada Louise Huxtable) be the only public voice in the design debate. The AIA leader admits, “Some of us have lamented that, ‘The public doesn’t understand the value of design.’ But it doesn’t require a singular generational talent like Ada Louise Huxtable to teach people how architects make the communities we live and work in better places. This is a job for architects as well. No one knows the total story better–neither the client nor the public.”

Ivy also believes that because of the internet and social media, the solution is more simple than ever. Instead of “waiting for someone else to frame the debate,” he wants architects to be ahead of the game. He is asking architects to become more conscious of writing op-eds, letters and blogs and to become more proactive in getting them out to the public, especially among their own communities. Ultimately, Robert Ivy hopes that by becoming advocates and communicating directly with their communities about design, architects can present a more balanced, informed and well-rounded vision to the public. Read More

4 Ways To Improve Your Balcony On A Budget