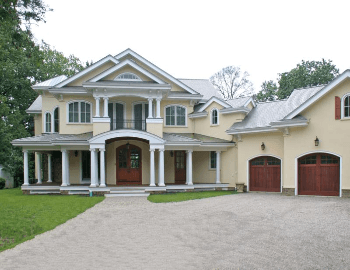 January 2013 was the highest peak for home builder confidence in seven years, but this month the NAHB/Wells Fargo Housing Market index slightly dropped one point from 47 to 46. However, the one point drop is not necessarily a bad thing.

Analysts blame the rising cost of construction materials and the lack of enough skilled workers for the one point drop. According to an NAHB survey, over 3/4 of home builders anticipate materials prices to be a big issue this year, up significantly from 46% in 2012 and 33% in 2011. Furthermore, as of December 2012, there were a little over 90,000 open positions in the home building industry. However, companies are having a hard time filling those jobs because so many highly skilled workers left the industry when the economy crashed and they haven’t returned. Only 53,000 jobs were added over the past year, a little over half of the openings. Read More

Although there are concerns, home building is still on track to experience growth throughout 2013 and one point doesn’t make a big impact. Even though it is improving, the index has not gone over 50 since 2006, an important benchmark that indicates “good” conditions while >50 is still categorized as “poor.” However, NAHB chief economist David Crowe says that home building is likely “to continue on a modest rising trajectory this year.” A one point drop in confidence means an almost unchanged positive outlook and NAHB chairman Rick Judson equates the one point drop to confidence “leveling out and holding in the same three-point range,” a good thing. Read More

Add Function And Value To Your Home With A Pergola