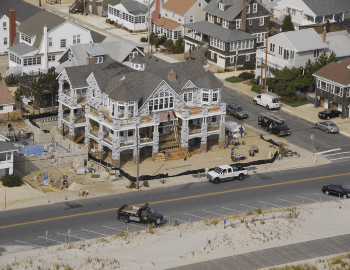 New Jersey Democrats are criticizing Governor Chris Christie for awarding Florida contractor AshBritt with a $100 million no-bid contract for removing debris from the Jersey Shore. The governor awarded the contract the day after Sandy hit.

“AshBritt is not good for New Jersey. . . It brings people to New Jersey. We have plenty of people out of work and we should put them to work first,” Senate President Stephen Sweeney (D-Gloucester) said on the Senate floor.

Spread The Word: Jersey Shore is Open For Business