Homeowners are increasingly looking to remodel their homes as an alternative to purchasing new homes, which comes at a perfect time when the majority of American homes today are hitting just the right age for a custom restoration project or home renovation.

Total home improvement activity has increased over the past two years, and according to data from the 2009 American Housing Survey, the median age of an owner-occupied home was 34 years old in 2009, up 11 years in age from the 1985 AHS. According to the same data, more than 40 percent of the owner-occupied housing stock is at least 40 years old. 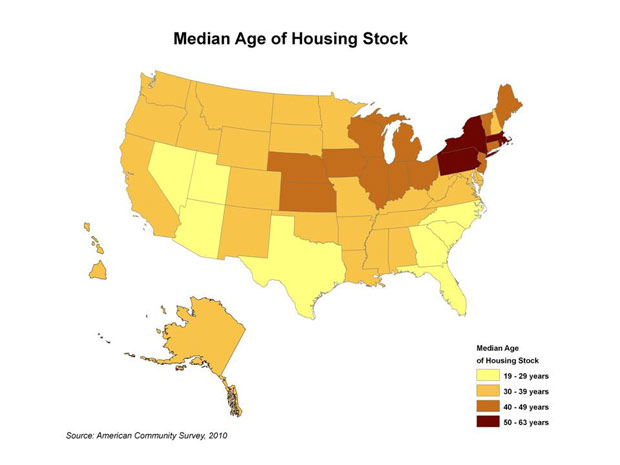 Besides an overall improving economy, tax credits for energy efficient home upgrades were a factor in increasing home remodeling work during 2009 and 2010, when the maximum credit amount maxed out at $1,500. According to IRS and NAHB estimates, in 2009 $5.9 billion in tax credits were claimed in association with at least $25 billion in energy efficient home remodeling.

2013 is looking good. The Leading Indicator of Remodeling Activity, published by the Remodeling Futures Program at the Joint Center for Housing Studies of Harvard University, suggests double-digit percentage gains for remodeling activity for the first half of next year. The NAHB Remodeling Market Index reached a level of 50 during the third quarter, the highest reading in five years.

Take These 5 Steps to a Healthier Home